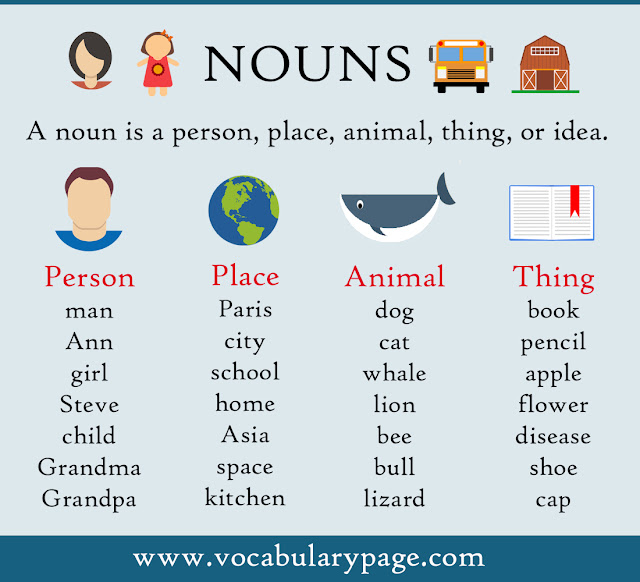 The simplest definition of a noun is that it is a word that refers to a person (such as John or teacher), thing (such as ball or table), place (such as Harvard or university) or idea (such as love or emotion).

What is a Noun?

It's important to identify between countable and uncountable nouns in English.

Names of people, places and things are called proper nouns. They always begin with capital letters. All other nouns are common nouns.

Words such as family, team or bunch are collective nouns. They can be used with either a singular or a plural verb.

If your five physical senses (sight, smell, hearing, taste, and touch) cannot detect something, it is an abstract noun.

In some languages, nouns refer to specifically to males or females.

A compound noun is a noun that consists of more than one word.

A verbal noun is a noun formed from a verb but acting as a noun. 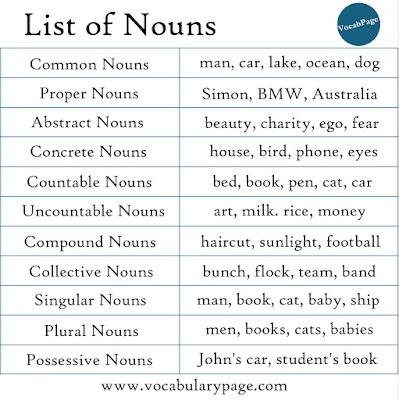