In English, most nouns are neither masculine or feminine. They do not refer specifically to males or females. They are neuter.

A gender-specific noun refers only to males or only to females. Gender-specific nouns traditionally have separate forms for males and females.
Nowadays, people prefer not to use feminine forms of some nouns. For example, we can use the word ‘actor’ for both male and female.

We can also use neutral words instead of some gender-specific nouns.  For example, we can use police officer instead of policeman or policewoman.

Some animals names have different forms for males and females 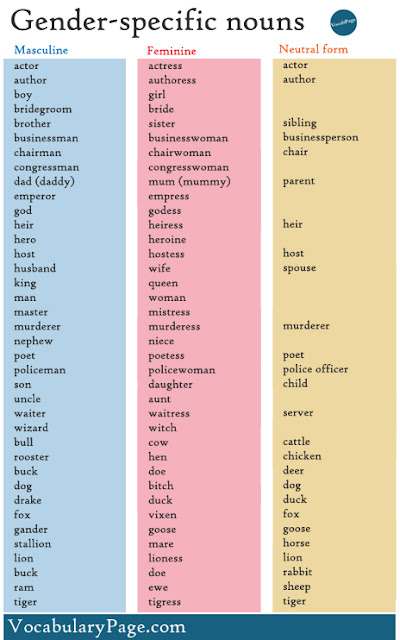