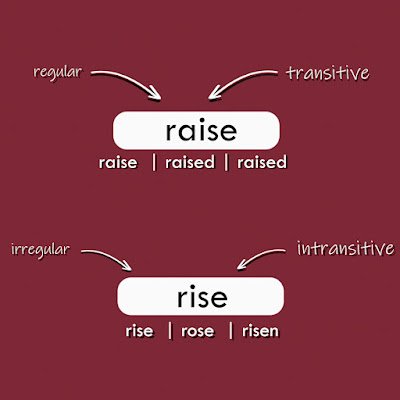 Both “raise” and “rise” refer to something going up, but they are not interchangeable.


“Raise” is a transitive verb. It needs to be followed by a direct object.
If you raise something, you move it to a higher position or increase it.

“Rise” is an intransitive verb. It does not need to be followed by a direct object.
If something rises, it moves upwards or to a higher position.
“Rise” can also mean to increase in number, amount, or value.

Something rises.
Or someone rises.


"Raise" is a regular verb.
The tenses of these verbs are:
Raise
Raised
Raised


Unlike “raise,” “rise” is an irregular verb.
The tenses of these verbs are:
Rise
Rose
Risen