The comparative and the superlative

A superlative adjective expresses the greatest degree of a quality. For example,  biggest is the superlative form of big. We use the superlative to compare one person or thing with all other people or things in a group. Remember to use the definite article before a superlative.

We form the comparative and superlative in different ways, depending on the number of syllables in the base adjective.

Adjectives with one syllable

We double the final letter when the adjective ends in consonant+vowel+consonant.

Some adjectives with two syllables take the suffixes -er and -est.

Note: If the adjective ends in -y, change y to i before adding -er or -est.

Note: More or most is not used with the -er or -est form of an adjective.

Adjectives with three or more syllables

All adjectives with three or more syllables use more and most.

Some common adjectives have irregular comparative and superlative forms. 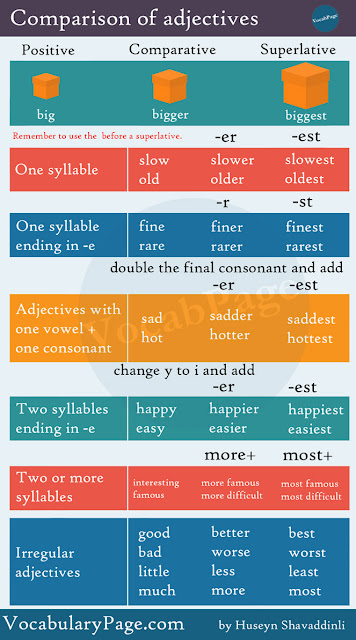 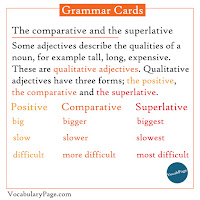 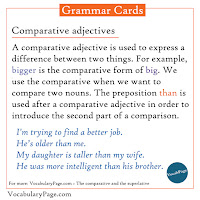 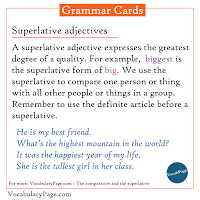 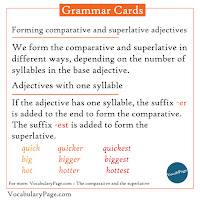 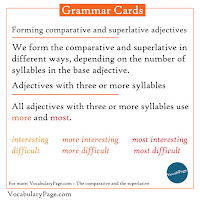