Although the words accept and except sound very similar, they’re quite different in meaning. Accept is a verb. It means to take something offered; to answer yes to an invitation or offer. Except is most commonly used as a preposition.


As prepositions except and except for mean the same thing, but except for cannot be used as a conjunction.


As a conjunction except is used before a clause or adverbial phrase.


Except can also be used as a verb to mean to not include someone or something. 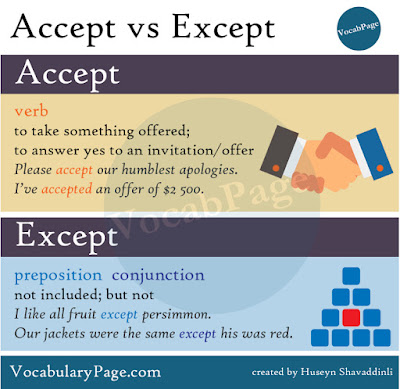