What is the difference between 'amount of', 'quantity of' and 'number of'? 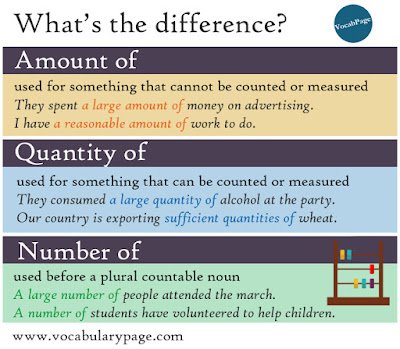 An mount of something is  how much there is.  Amount of is used especially for something that cannot be counted or measured. It is followed by a single noun. For example we cannot say an amount of people/shops/problems because these nouns are countable.

A quantity is an amount of something that can be counted or measured.  A quantity of can be followed by a single noun or a plural noun. It is used with inanimate objects.

Be careful not to confuse quantity with quality [=how good or bad something is].

We use number of to indicate a quantity of people or things. Number of is used with plural nouns.
After the number of we use a single verb.