How to use And 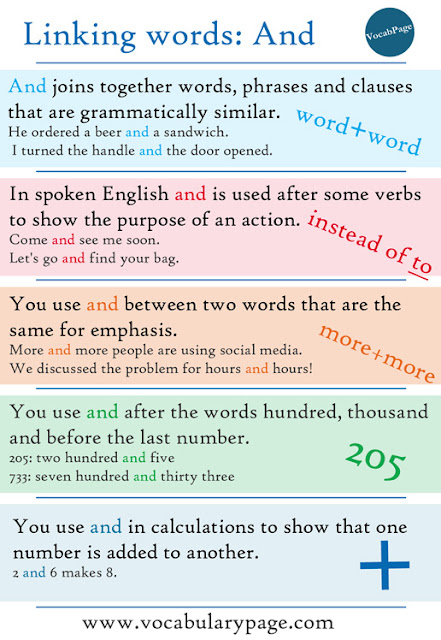 And is one of the seven coordinating conjunctions. It joins together words, phrases and clauses that are grammatically similar. And is used between the words or clauses that it joins.

In spoken English And is used after verbs such as go, come, try, write, etc. to show the purpose of an action.

You use and between two words that are the same in order to give special importance to something.

In spoken English you start a sentence with and to introduce a comment, statement, question, etc.

When you say numbers (not dates) aloud, you use and after the words hundred, thousand and before the last number.
And is also used between whole numbers and fractions.