Ways of cooking with definitions and example sentences 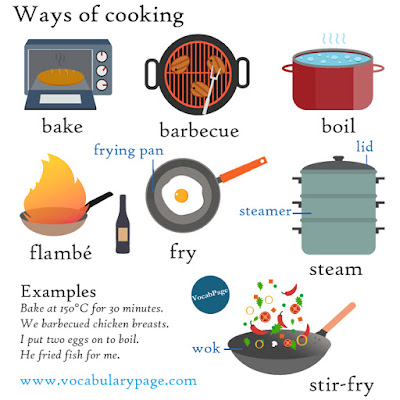 to cook food by placing it into boiling water

to cook meat or vegetable quickly over charcoal

to cook food in a pan using oil or fat

to cook meat, fish or vegetables on a flat metal frame over a coal fire

to make something hot or warm

to cook or heat something in a microwave oven

to boil food for a short time before it is grilled, roasted etc.

to cook something gently in a small amount of boiling liquid such as water, milk, wine, etc.

to cook or heat food in steam

to cook or heat food by putting it close to a high heat until it browns or crisps
See also: 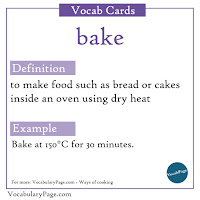 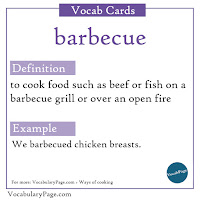 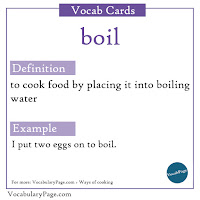 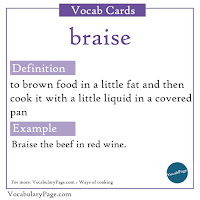 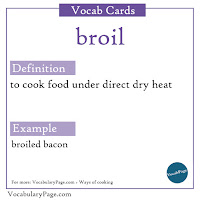 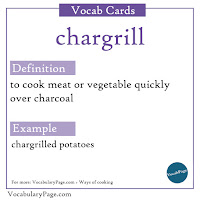 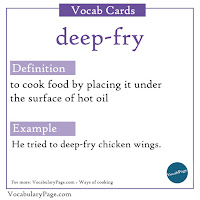 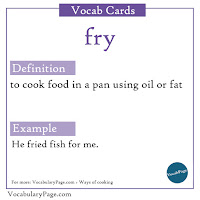 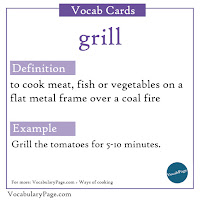 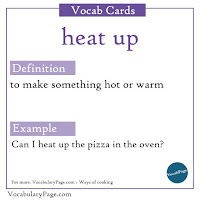 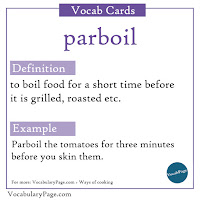 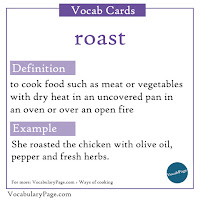 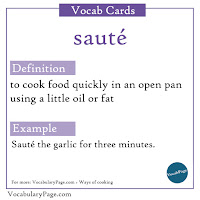 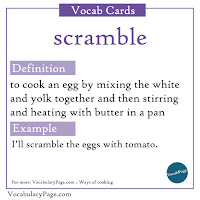 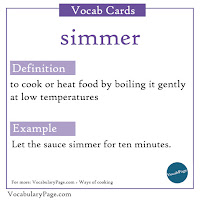 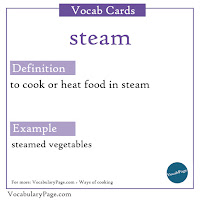 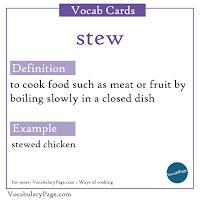 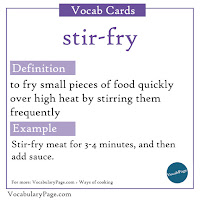 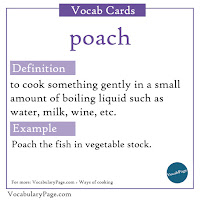 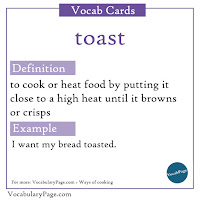