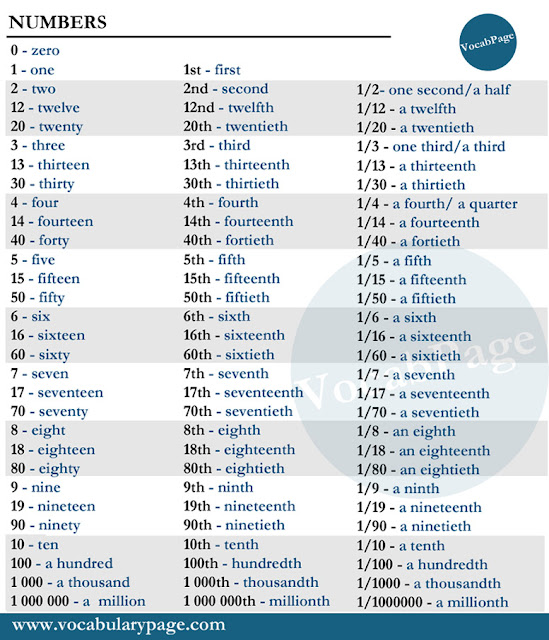 A number is a word (such as ‘five’) or symbol (such as ‘3’) that represents an amount of quantity. We use numbers for counting or calculating.

a number that often ends in 0 or 5

Numbers (such as 1, 2, 3) that indicate quantity are called cardinal numbers.

Numbers (such as first, second, third) that are used to put things in an order are called ordinal numbers.

Numbers (such as zip code or a player on a team) used in labeling or identifying something are called nominal numbers.

0 is called zero (British English also nouht). The  letter o means zero in years, telephone numbers, room numbers, bus numbers and times. (My number is five o double six =My number is 5066). Nil means the number 0 as the score in games (The score was three nil=The score was 3-0.).

A division of a whole number is called fraction.

Decimal fraction or decimal is fraction that is written with a point (.). We say all the digits after a decimal point separately. Money is said like normal numbers.