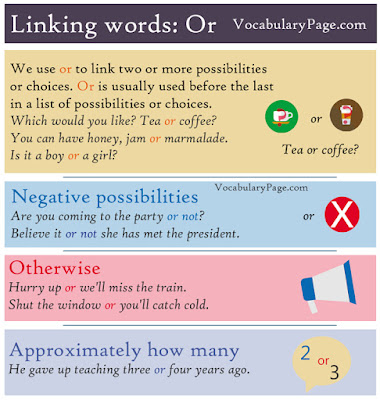 We use or between two similar numbers to show that we are giving an approximate amount or number.

The phrase either...or... can be used to emphasize possibilities.
Neither...nor... is the opposite of either...or... and used to join two or more negative alternatives.

When we are not sure about a group of things or possibilities, we can use or with words such as something or anything.