Coins or banknotes (also notes) that are used to buy goods and services are called money. A coin is a small, round piece of metal used as money. A banknote is a piece of paper money. The system of money used in a country is called currency. For example, the ruble is the currency unit of Russia. Money in the form of notes (banknotes) and coins is cash.

Here is the list of words that you can use when talking about money.

an extra amount of money that is paid as a reward

an amount of money paid to salespeople for selling goods

a plastic card that is used to buy things and pay for them later. A plastic card provided by a store or a shop is called a charge card.

money that is owed to a person, bank, etc.

a sum of money that people put into a bank account

to give money or goods to an organization or charity

money paid for work done by a professional person

to put money into something to earn more money

an amount of money paid for working after the usual time

a small amount of extra money given to a waiter, taxi driver, etc.

a business deal, for example, the process of buying or selling something

an amount of money paid by an employer, usually every week 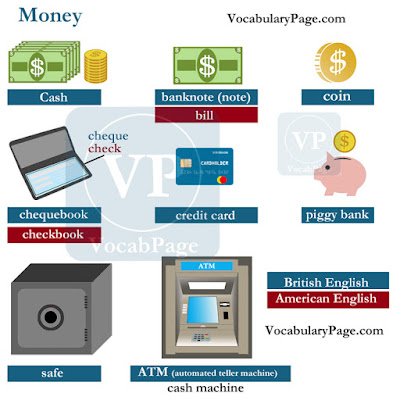 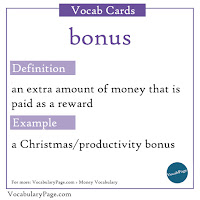 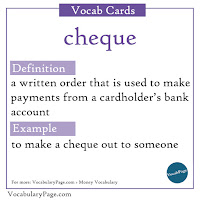 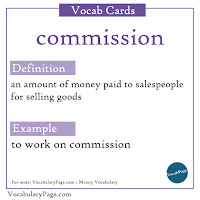 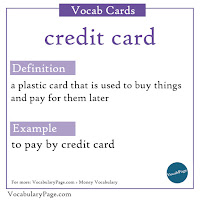 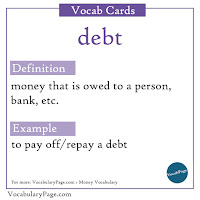 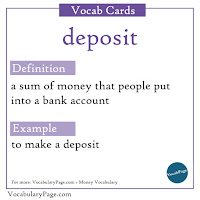 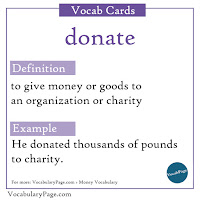 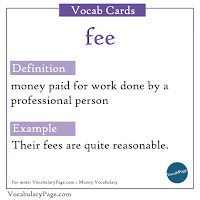 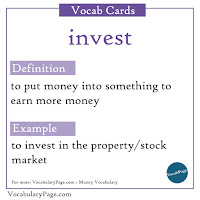 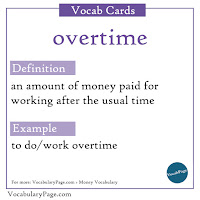 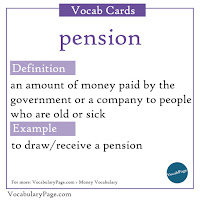 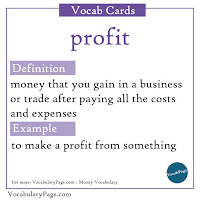 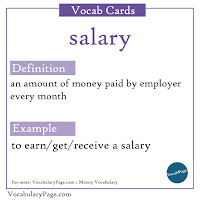 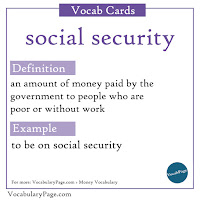 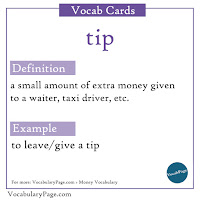 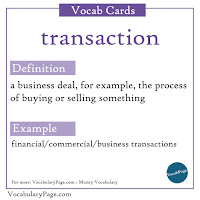 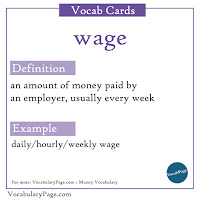