What is a Noun?


The definition of a noun is simple: A noun is a person, a place, a thing or an idea. For example:
The word noun comes from the Latin word nomen that means 'name'

The problem is that some words can have the same form for different parts of speech. For example, the word love can be a noun or a verb.

Here are three ways to recognize a noun


2. Position in a sentence


3. Function in a sentence

Nouns can have any of the following three functions.
Note that a pronoun or a noun phrase can also be the subject or object in a sentence. 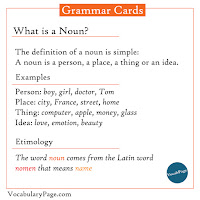 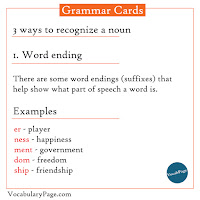 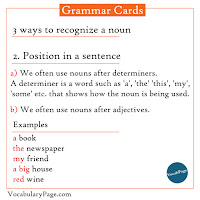 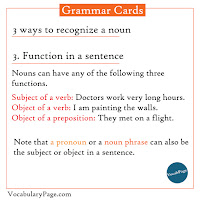