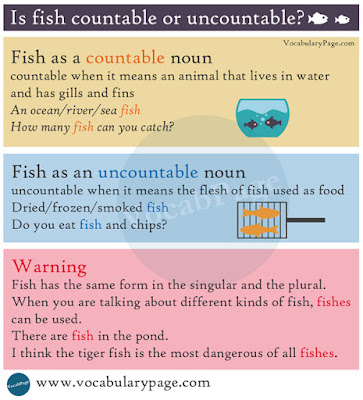 Fish has the same form in the singular and the plural. When you are talking about different kinds of fish, fishes can be used.

Fish as a countable noun

Fish is a countable noun when it means an animal that lives in water and has gills and fins.

Fish as an uncountable noun

Fish as an uncountable noun means  the flesh of fish used as food. Fish and other sea creatures such as lobsters, crabs are called seafood [uncountable nouns].

You cannot make fish plural or use with the indefinite article (a).
Not I am having a fish...