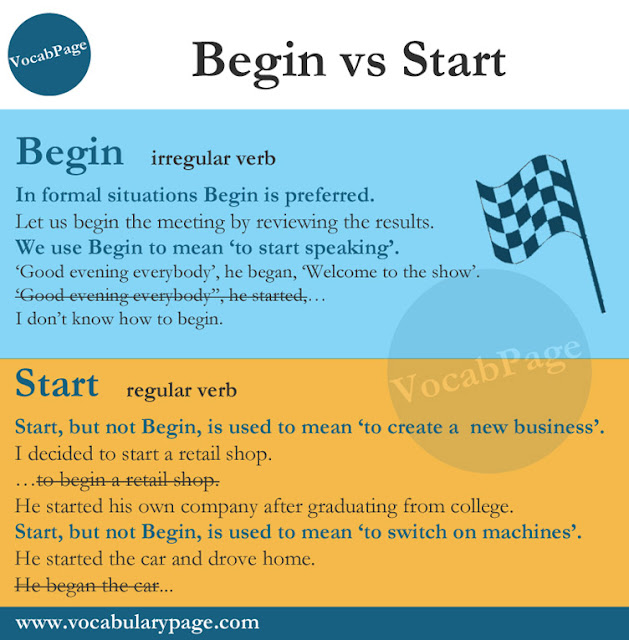 The verbs Begin and Start are virtually interchangeable, and both verbs can be transitive or intransitive, but Start is commonly used in spoken English.

Begin is an irregular verb; its three forms are begin, began, begun. Begin is a little more formal than Start.


We use Begin to mean ‘to start speaking’.

Start is a regular verb; its three forms are start, started, started.
Start, but not Begin, is used to mean ‘to create a business or organization’.


Start, but not Begin, is used to mean ‘to switch on a machine or engine’ or ‘to make them work’.


In summary, there is not a significant difference between Begin and Start, and they have almost the same meaning, but Begin is not possible to use in some cases. 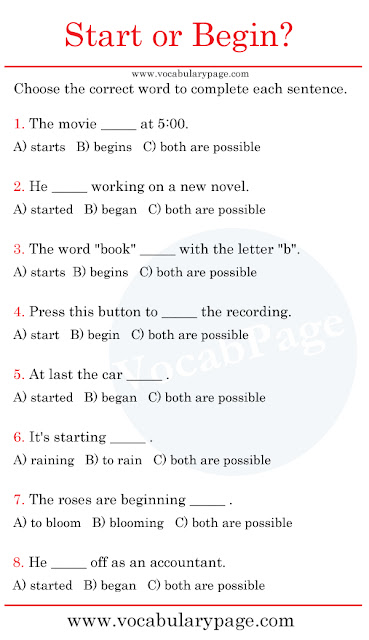