There, their or they're

Lots of people often get confused about there, their and they're. These three words sound the same but have different meanings and spellings. 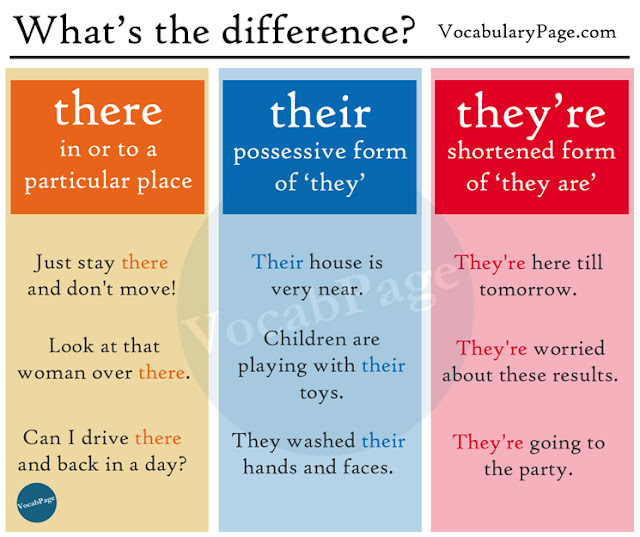 There is an adverb that means 'in or to a particular place'. There is the opposite of here.
There can be used with the verb be to show that something exists.
We can use there to attract someone's attention.

Their is the possessive form of they. We use it before a noun.

They're is a contraction that is short for they are. The apostrophe takes the place the letter a.

We use there to refer to places. Their means 'belonging to them'. We can replace they're with they are.