How to use either/or and neither/nor

The pairs either...or and neither...nor are correlative conjunctions. They connect words, phrases or clauses that are grammatically similar. 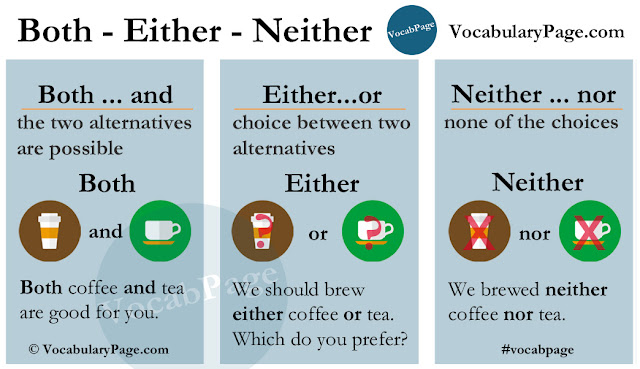 We use either...or to show a choice between two alternatives.

Neither...nor is the negative form of either...or. It connects two or more alternatives that are not true.
After neither, we use nor, not or.
Neither...nor is not used with another negative word.
Either and neither are used before the first alternative. The second alternative is introduced by or and nor.