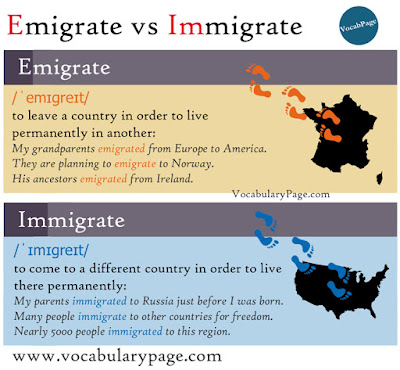 When to use emigrate

The verb to emigrate /ˈemɪɡreɪt/ means 'to leave a country in order to live permanently in another'. Emigrate is often followed by from.

A person who has left their own country to live anywhere is called an emigrant. In their new country they are called an immigrant.

When to use immigrate

The verb to immigrate /ˈɪmɪɡreɪt/ means 'to come to a different country in order to live there permanently'. Immigrate is often followed by the preposition to.
We can use emigrate and immigrate interchangeably.